India Government Mint, Noida (‘IGM Noida’), a unit of SPMCIL is involved in the minting of coins for the purpose of circulation. IGM Noida is the only Mint established in the post-independence era. The mint started regular production from 1988 with an estimated annual production capacity of 2,000 million pieces of coins. It was the first mint in the country to produce stainless steel coins.

The mint produced more than 3,922 million pieces of circulating coins in FY 2016-17 and is one of the most profitable mints of SPMCIL. The mint does not have a blanking press. The blanks are procured from sister mints and stamping process is carried out in the mint. It manufactures circulating coins of denominations Rs 1, Rs 2, Rs 5 and Rs 10 for Reserve Bank of India.

The Mint is located in Noida, Gautam Buddha Nagar in the State of Uttar Pradesh, bordering Delhi, possessing a total 14.09 acres. 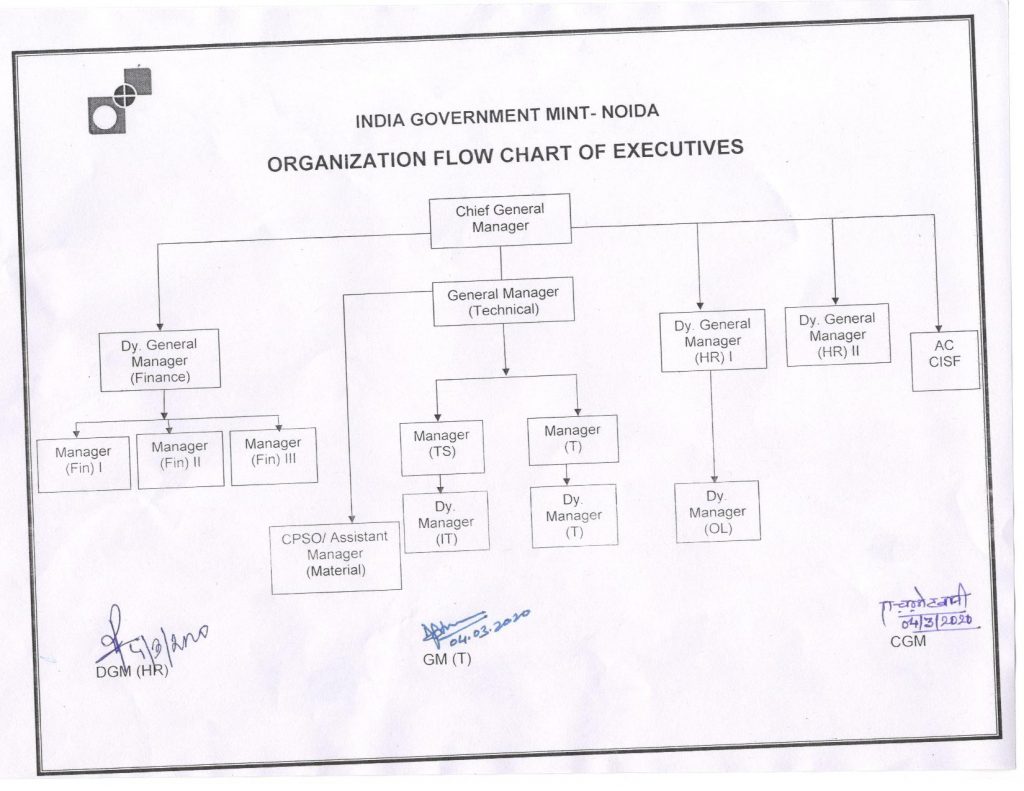 India Government Mint, D-2, Sector-1, Noida, Gautam Budh Nagar, UP is the only Mint established in the post-independence era. This is the fourth Mint in the country , In order to fill the gap between demand and supply of coins in the country, Government of India decided in the year 1984 to establish a new mint project at Noida with the estimated annual production capacity of 2000 million pieces of coins. The project was started by the Government of India, Ministry of Finance, Department of Economic Affairs in January 1986 with an estimated budget of Rs. 30 Crore,. Construction of the Mint was undertaken by National Building Construction Corporation (NBCC) and Metallurgical and Engineering Consultants (MECON) were the engineering consultants. The project was completed within the given time frame and dedicated to the nation on 01st July, 1988.

India Government Mint, Noida was the most modern Mint of the time with the Coining presses from Schuller, Germany produced Ferritic Stainless Steel coin for the first time in the country. After corporatization, the Mint is functioning as one of the Units of Security Printing & Minting Corporation of India Limited since 13th January 2006.

Apart from meeting the indigenous demand, the Mint has produced coins for other countries also e.g. Thailand and Domenic Republic during past years.to meet increasing demand of coins, the Mint has started producing coins in the night shift also from April 2012.

Application Maintained And Hosted By Tevatron